How Vigilant is Your Business Against Identity Theft? 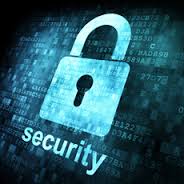 Studies show that identity theft is on the rise. It was the single most common consumer complaint in the United States in 2014 with tens of millions of people affected.

Citing a Bureau of Justice report, CBS News stated, “while only 14 percent of identity theft victims were hit with out-of-pocket financial losses, legal fees, bounced checks and other indirect costs push that number up to 68 percent losing money to identity thieves.”

These days, when we think about identity theft, we might first picture the huge cyber breaches that have been all over the news: Target, Home Depot, Pinterest, and many other big brands or government agencies have been hit by hackers with millions of emails, passwords, and even credit card numbers being compromised.

It's interesting to note that, according to a report issued by the  Identity Theft Resource Center, 53.1% of the data breaches recorded in 2014 involved non-hacking causes such as insider theft, data on the move (being transported unsecured), accidental exposure, and employee negligence. A full 14% of all data breaches in 2014, accounting for nearly 3 million identities stolen, involved hard copy paper records.

While these statistics are sobering, they might not mean as much to you unless you've experienced identity theft yourself, or have been involved in a breach first hand where you work. It can be one of the most difficult financial circumstances many people will face.

What can you do to protect your customers from identity theft?

When it comes to high-tech cyber crime and world-class hacking, there's little that the average person can do beyond following best practices for safe online interactions.

But business owners who work with customers' personal data, billing information, medical records, and any other information that can be used to steal their identity must hold themselves to a higher standard. Arranging for the highest level of security in storing, transporting, and accessing digital records and paper hard copies is necessary to protect customers.

Many businesses, large and small, have chosen to outsource their records management, document destruction, and media rotation retention needs to professionals who maintain that high level of security.

Gilmore Services, for example, has been serving the Pensacola, Florida and surrounding areas for over 25 years with secure offsite document storage, certified document destruction, and regulatory compliance in document maintenance.

If you're concerned that your current records management process may leave your customers' identities at risk.